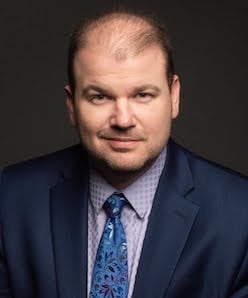 A passion for helping clients through what is often the worst time of their life is the driving force behind Robert Guest’s career as an attorney. Co-founder and senior partner of Guest & Gray Law Firm, Guest’s practice focuses primarily on criminal defense. When clients hire Robert Guest, they’re assured an attorney who will not only fight for them, but also listen and provide clarity, answers, and a resolution to their problems—whether they’re facing prison or loss of custody of their children. His greatest satisfaction comes from combining excellent legal representation with compassion, soothing his clients’ anxiety and fear so they are in a better place emotionally to heal and move forward.

A native Texan, Robert Guest graduated cum laude from the University of Texas at Arlington with a Bachelor of Science in Economics before obtaining his law degree from Texas Tech School of Law. After earning his Juris Doctor degree in 2003, Robert Guest worked for the Wichita County Public Defender’s Office for a year, followed by stints as the Bowie County Assistant District Attorney and the Kaufman County Chief Misdemeanor Prosecutor. In 2011, after several years in private practice as a criminal attorney, Robert Guest and Scott Gray opened Guest & Gray in Forney with the goal of creating a local, large, full-service law firm with a team approach to provide their clients with unparalleled customer service.

Since then, Robert Guest has represented hundreds of clients, defending them against injustice, empowering them with his knowledge of the legal system, saving them from going to jail, or mitigating their sentence. A member of the National Organization for the Reform of Marijuana Laws (NORML) since 2006, Guest is dedicated to ending marijuana prohibition and jail time for cannabis possession. Transforming conviction into action, one of his biggest accomplishments to date is suppressing 100 pounds of marijuana in Rockwall, resulting in the case being dismissed and his client avoiding a possible jail sentence.

Robert Guest was elected to the Board of Directors for the State Bar of Texas in 2012, and currently serves on the Law Office Management Committee, a position he has held since 2018. He has been a member of the Kaufman County Bar since 2005 and was elected president twice. He is also a member of the Dallas County Criminal Defense Lawyers Association (member since 2006) and the Texas Criminal Defense Lawyers Association (member since 2003).

A bass guitarist, Robert Guest enjoys performing with his band, the 1990s cover band Booty and the Hoefish, headlining at venues such as House of Blue and the New Year’s Eve Ball Drop in downtown Forney.

Robert Guest lives in Forney, Texas with his wife Elizabeth.

National Organization for the Reform of Marijuana Laws
Member Since: 2006

State Bar of Texas- Board of Directors
Member Since: 2012

Professional Experience
Wichita County Public Defender 2003
Bowie County Assistant District Attorney 2004-2005
Kaufman County Chief Misdemeanor Prosecutor 2005-2006
Practice Areas
Client Reviews
★★★★★
Wow, Robert Rocks!! Best criminal attorney ever. Trust the man. Pay the man. I did. It's money well spent. Anon
★★★★★
I have used Robert twice for my son and both times he has done an excellent job. Judy
★★★★★
Wish I would have contacted Robert sooner than I did. The help he did for us was above and beyond. Judith
★★★★★
Best Forney Attorney! I'm so glad we were referred to Mr. Guest by a friend. He handled our case and got it dismissed just like he said he would! Anonymous
★★★★★
Robert Guest is an awesome attorney. I have hired him on a family member's case and the outcome was the best possible. Emily
Submit a Law Firm Client Review